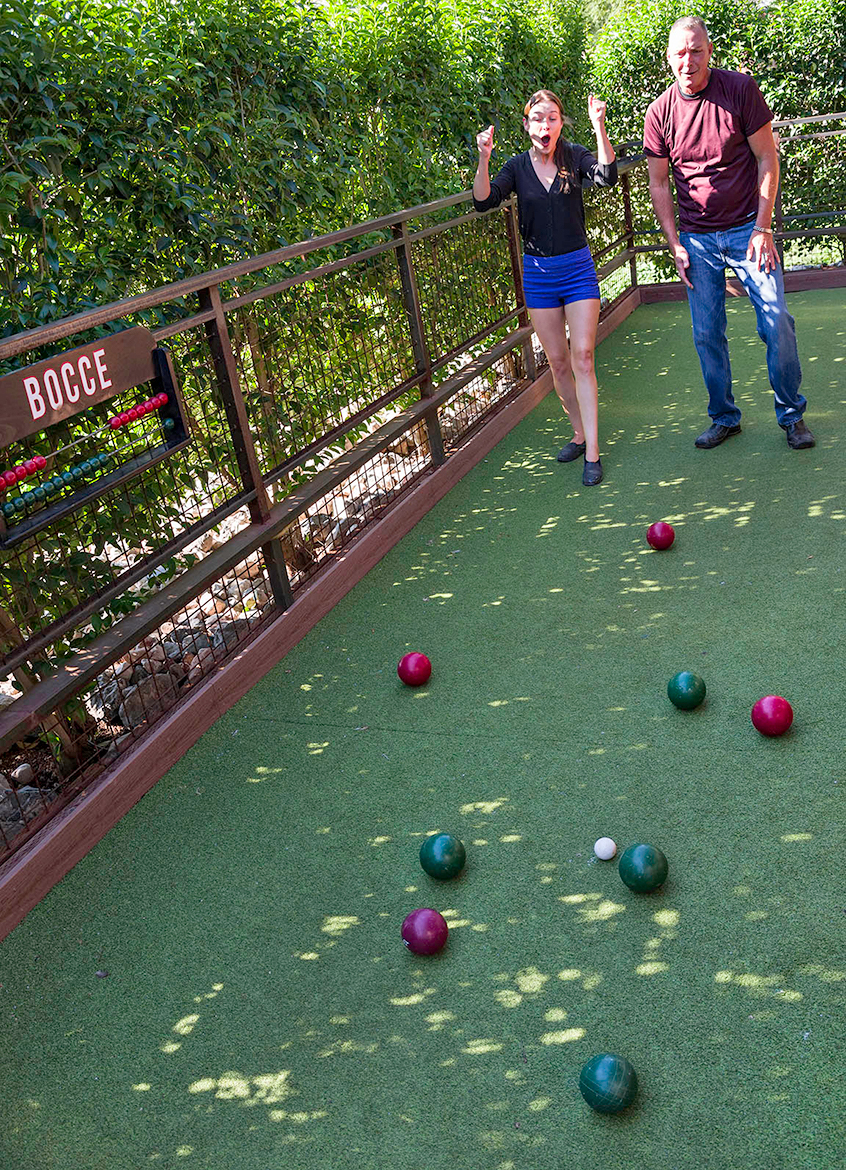 Chef Michelle says, “There’s a piece of me in every one of our restaurants but Bocce is straight from my heart. I grew up in the family deli business on the east coast and learned traditional Italian home cooking from my Grandmother. When we decided to create a pizzeria in Old Town Cottonwood I traveled back to the very roots of our family in Naples, Italy to become certified in the art of pizza by Associazione Verace Pizza Napoletana, AVPN. It all starts with the bread and our pizza is made with Caputo Flour, a gluten free flour, imported from Italy. We make the crust the traditional way, no twirling, every crust is hand kneaded into just the right consistency before it gets fresh toppings and bakes in a wood burning stove the way it has been done in Naples, the birthplace of pizza, for over 300 years.”

Pizzeria Bocce is a feast for the senses with great food and drink, the aroma of pizza cooking in the wood burning oven, and a scrumptious palate of materials including black and white marble, two mural size historic photos, intricate mosaic tile, custom iron work, a stone patio with flaming torches, and of course the namesake bocce ball court on the patio alongside the stream. Bocce has been featured in the media online, TV, in newspapers, and magazines including the 2016 Photo Issue of Arizona Highways and featured in Phoenix Magazine.

Pizzeria Bocce in Old Town Cottonwood was featured in the November 2016 issue of AAA of Southern California Westways Magazine. Tap here to read

Get News and Deals

The VIP treatment from The Haunted Group

Tap for The Haunted Group Newsletter